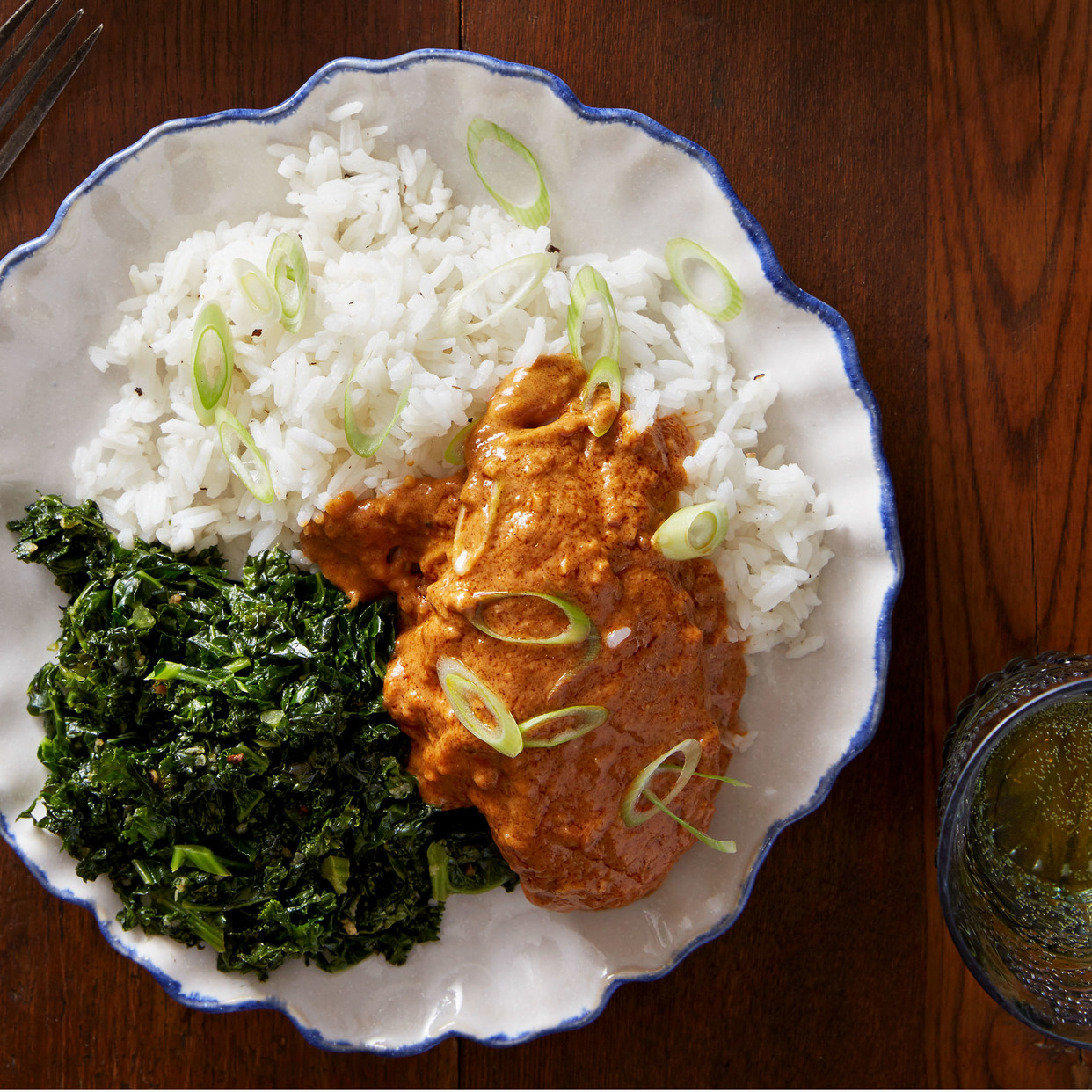 Master your flipping skills with this commercial-grade slotted turner. This spatula is designed for delicate fish, but we use this versatile tool for anything that requires a deft hand for tricky flipping, such as over-easy eggs, paper-thin crepes or even a burger. With its low-angled beveled edge and flexible blade, this turner slips easily between the pan and your dinner, ensuring even the most delicate meal remains in picture-perfect condition. How To: Peel & Mince Ginger

Ginger is a common, aromatic ingredient popular in cuisines throughout the world. Because of its knobby shape, prepping ginger can seem tricky. But simply follow the instructions in this video and you’ll be prepping like a pro. 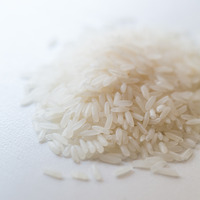 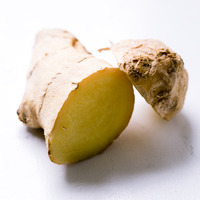 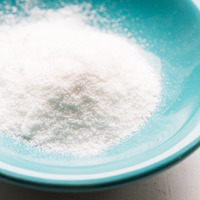 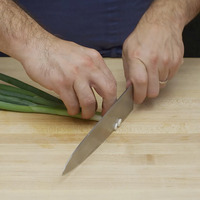 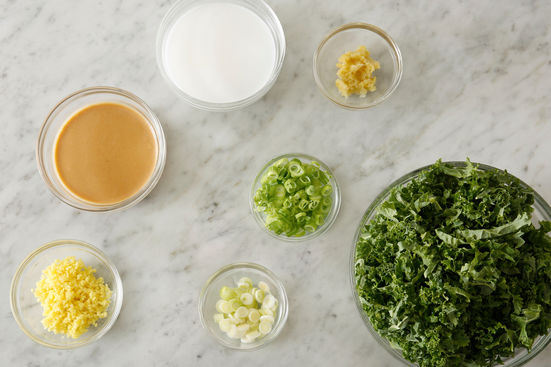 Wash and dry the fresh produce. Peel and mince the garlic. Remove and discard the kale stems; thinly slice the leaves. Peel and mince the ginger.
Cut off and discard the root ends of the scallions; thinly slice on an angle, separating the white bottoms and green tops. In a bowl, whisk together the peanut butter and ¼ cup of water. In a separate bowl, whisk together the coconut milk powder and 1½ cups of water. 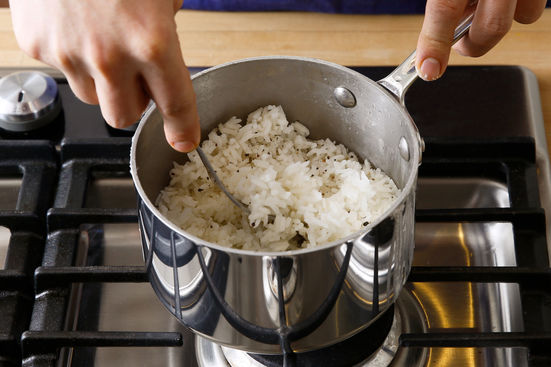 In a small pot, combine the rice, a big pinch of salt and 1 cup of water. Heat to boiling on high. Once boiling, cover and reduce the heat to low. Cook 12 to 14 minutes, or until the water has been absorbed and the rice is tender. Turn off the heat and fluff the cooked rice with a fork. Stir in half the vinegar. Season with salt and pepper to taste. 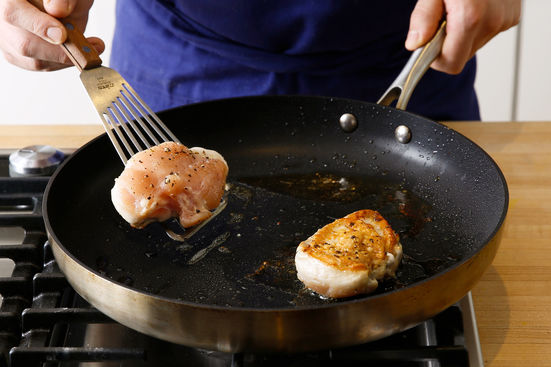 While the rice cooks, pat the chicken dry with paper towels; season with salt and pepper on both sides. In a large pan (nonstick, if you have one), heat 1 teaspoon of olive oil on medium-high until hot. Add the seasoned chicken, skin sides down, and cook 6 to 8 minutes on the first side, or until golden brown. Flip; cook 3 to 4 minutes, or until lightly browned and cooked through. Leaving any browned bits (or fond) in the pan, transfer to a plate. 5Make the sauce & finish the chicken: 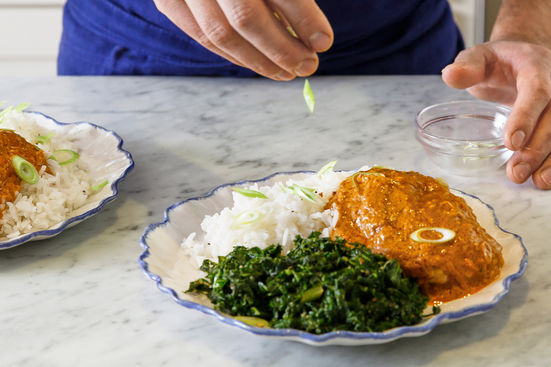 Divide the cooked rice, cooked kale and finished chicken between 2 dishes. Top the chicken with the sauce. Garnish with the green tops of the scallions. Enjoy! 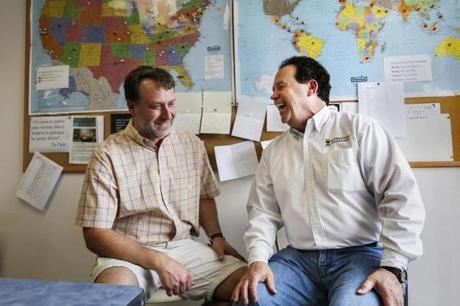 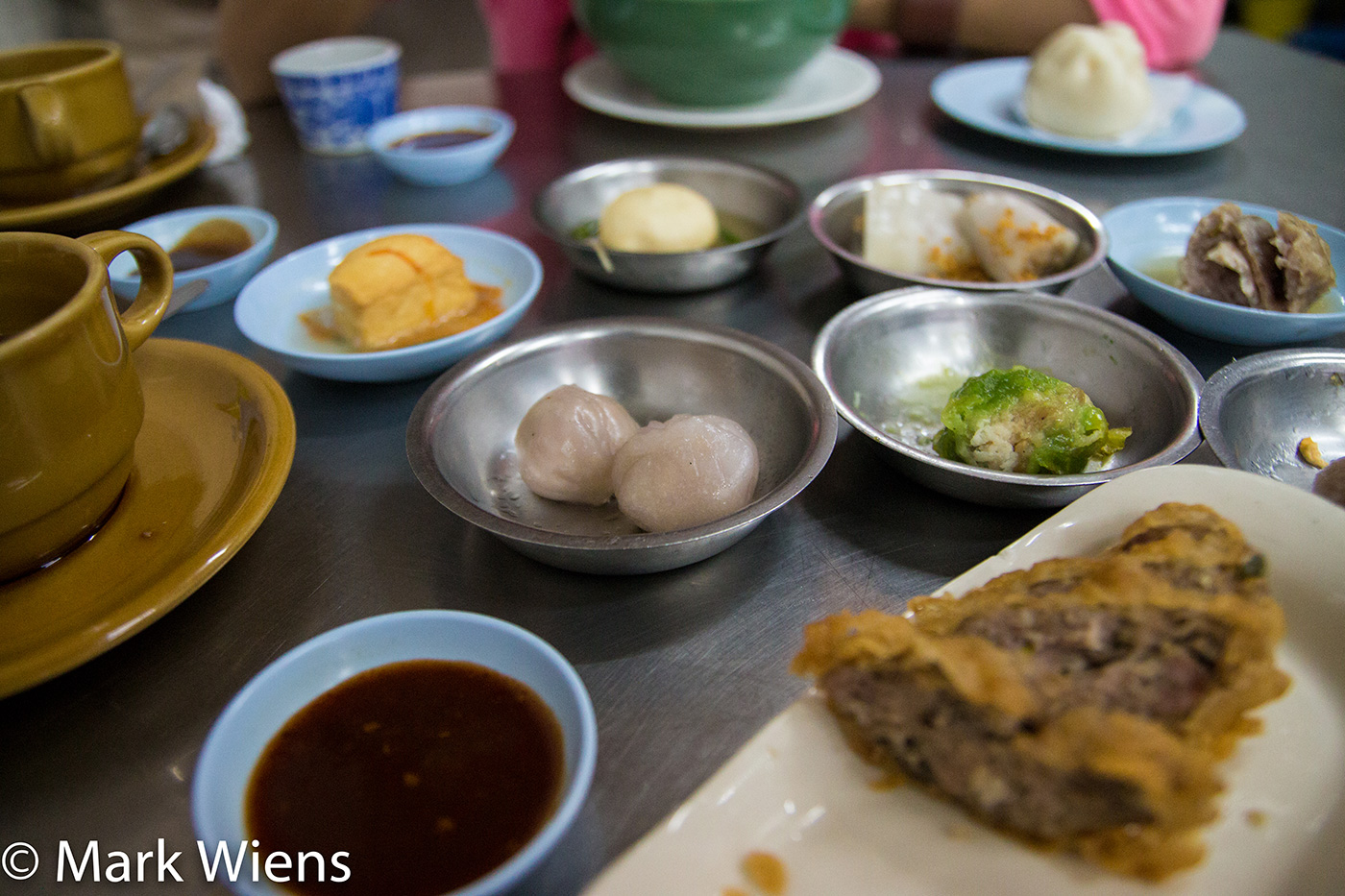 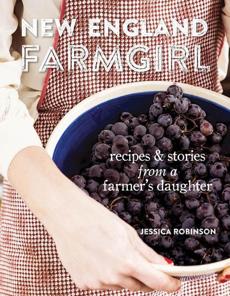