In Zin’s long backstory, New Englanders did their part – The Boston Globe

Zinfandel enthusiasts love to tell how their favorite dark-hued grape figures into US history. They say that the varietal was brought to California during the Gold Rush, and later became a favorite of home winemakers during Prohibition. While this is true, there’s a backstory in which New England horticulturalists played pivotal roles.

For years, people believed that winegrower and statesman Agoston Haraszthy introduced zinfandel to California from his native Kingdom of Hungary (now Serbia). But this is a myth, writes historian Charles L. Sullivan in “Zinfandel: A History of a Grape and Its Wine.” The people responsible for importing the grape to the United States and eventually transporting it to California hail from the East Coast.

The author details how Long Island nurseryman George Gibbs began importing cuttings in 1820 from a prestigious collection of vines in Vienna. Gibbs displayed them at a Boston meeting of the Massachusetts Horticultural Society 10 years later, and some were acquired by Samuel Perkins, a hothouse owner in Brookline. Within two years, Perkins was offering “zenfendal” vines for sale. In New England, the fruit of this vine was regarded as a table grape. That changed in ensuing years as wine pioneers sought productive, good-tasting varietals to slake the thirst of a booming population out West. Massachusetts sea captain Frederick W. Macondray is one of several New Englanders credited with bringing zinfandel vines to California, starting in the 1850s.

Fast forward to modern times. “Zin,” as it’s now known, is an American success story. It is California’s third-most planted varietal after chardonnay and cabernet sauvignon, grown in 45 of the state’s 58 counties. While zin is the same grape as Italy’s primitivo, and genetic research links it with an ancient Croatian grape, crljenak kastelanski, it is most identified with the Golden State, where it is crafted into an array of styles, including blush, sparkling, sweet, and dry versions for the table.

Perhaps your last encounter with zinfandel left you overwhelmed by high alcohol and berry-jam flavors. To pair with food, look for zins that are lower in alcohol and emphasize bright acidity. Some of our favorite value bottles, ranging between 14 and 15 percent alcohol by volume, hail from Northern California.

One is from Quivira Vineyards and Winery, which uses estate-grown grapes, organically farmed in Dry Creek Valley, Sonoma County. A 2011 offers a vibrant, well-integrated palate that pairs as easily with a grilled pork loin chop as with a meatless saute of rainbow chard, sweet red bell pepper, and toasted pine nuts.

A robust style is made by Terra d’Oro, in Amador County, Sierra Foothills, about a three- hour drive inland from Sonoma. A 2012 Deaver Vineyard zinfandel is crafted from dry-farmed vines that are more than 130 years old. Their concentrated fruit translates into a full-bodied pour with admirable finesse. It’s a natural with a molasses-enriched braised beef short rib.

Zinfandel seems poised to march into the future, not fade into history.

Quivira Vineyards and Winery Dry Creek Valley Zinfandel 2011 Beguiling warm-toned aromas with scents of ripe berry and plum. Seamless and bright, offering red fruit, blue floral, and spice from well-handled oak. This bottle is one vintage year older than the other three; elements have had time to come together beautifully. Around $22. At Ball Square Fine Wines, Somerville, 617-623-9500; Needham Center Fine Wines, Needham, 781-400-1769. 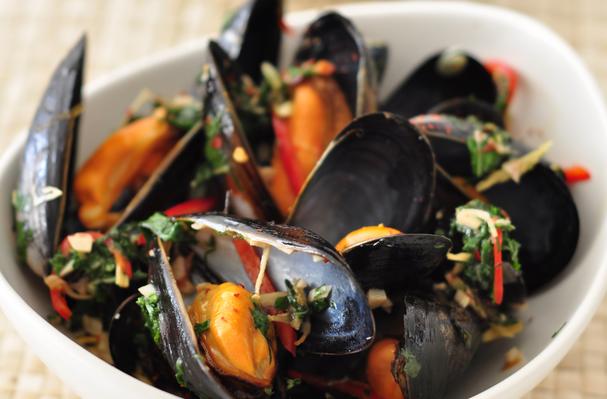