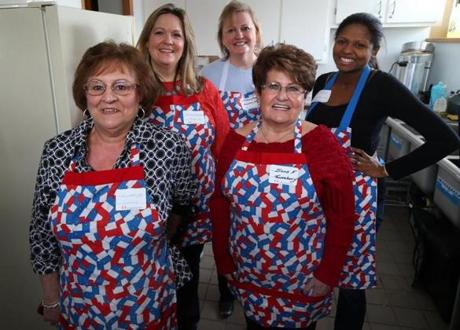 WAKEFIELD – To its many fans, rappie pie and its preparation might be divided into two eras: Before Block and After Block. A block is what 20 pounds of potatoes are called after they’ve been peeled, grated, squeezed out, and frozen into a brick about the size of a laptop, but a couple of inches thicker.

The humble rappie pie — pronounced “roppie pie” in Nova Scotia and derived from the French word râpé (grated), is beloved by Acadians and their descendants and was notoriously labor-intensive to prepare in BB (Before Block) times. AB (After Block), when cooks began using frozen potatoes, there were fewer scraped knuckles in the pie.

The paean to the block took place recently in the kitchen of Bernadette Frotten Lyle here, where rappie pie production was in full swing the weekend before a rappie pie party. Lyle, Ann D’Entremont Noyes and Michelle Trottier, both of Middleton,Talisa Rafferty of Saugus, and Irene Frontain of Tewksbury, had gathered to demonstrate the preparation of the pie and to finalize plans for what’s become an annual event: a rappie pie supper the following Saturday.

The women met, a few years ago, through a Facebook group called Rappie Pie Rules, discovering that they all lived within a few miles of one another. In 2013, Lyle graciously – some might say foolhardily – offered to host a potluck rappie pie supper in her home, posting an invitation on the Facebook page. Fifty people showed up and many more had to be turned away, prompting an upgrade to a function hall the following year. When even that hall proved too limited, this year’s event was moved to the Wakefield Knights of Columbus Hall – and despites its capacity of 150 people, there was a long wait list for the supper.

Rappie pie is a dish that inspires strong feelings. In her home kitchen, as Lyle carefully stirs the boiling broth into the grated potatoes, she explains that when Acadians were allowed back into Nova Scotia, after the Great Expulsion in the 1700s, the land they were given was too poor to grow anything but potatoes. “It was a peasant dish,” says Noyes, and as so often happens, a dish of frugal necessity came to be beloved, especially after a sizable number of Acadians immigrated here in the 1950s and ’60s and imbued the pie with the world’s most potent seasoning — nostalgia.

Before Block, to make rappie pie, first you took 20 pounds of potatoes and peeled them, then grated them by hand, preferably using an oversize hand-hewn grater passed down through several generations, almost guaranteed to shred a few knuckles along with the spuds. Then you took those potatoes and pressed them through cheesecloth, squeezing out every bit of moisture. Then you replaced the liquid with a flavorful homemade chicken stock. Then you spread a layer of potatoes in a huge pan greased with salt pork, topped that with a layer of cooked chicken, finished it off with more potatoes, and baked the whole thing until the pie was brown and crisp on top and around the insides of the pan. (No fair calling dibs on the corners.)

No wonder veteran rappie pie-o-philes use terms like “white gold” to describe the “block” and are thrilled to live in AB. The block, also known as rappie pie mix, takes some of the work out of preparing the dish: Few rappie-pie makers – not even old-time purists – consider it cheating to use the block. Noyes probably speaks for most of them when she sings gleefully, to the tune of a certain pop song, “It’s all about that block, ’bout that block, ’bout that block – no grating.”

The block makes rappie pie easier to prepare, but there’s a catch: It cannot be commercially imported into the United States. Whenever anyone in the Boston-area community visits the old country, they lay in a good supply. On her last trip, Lyle brought back 26 blocks.

At the rappie pie supper, a wide range of styles is on display. Some are soft, some firm, some deep brown, others pale gold, one is vegan, and one uses corned beef in place of chicken. Diners customize their own plates, using toppings that may include molasses, butter, rendered salt pork, and applesauce. A band plays fiddle tunes, and at a raffle table, guests try their luck at winning rappie-pie-related merchandise, including (of course) a block. 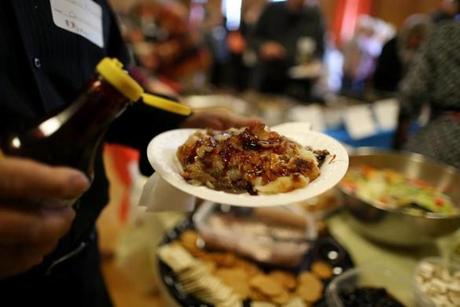 Molasses is the finishing touch to some rappie pie.

The crowd seems thrilled to be in the presence of so many rappie pies. Guests make their way down the long tables, scooping up the crusty brown potatoes. “It’s an expandable-pants supper,” one woman remarks as she fills her plate.

But it’s more than a rib-sticking meal to these displaced Acadians, some of whom still refer to Nova Scotia as “down home.” “It’s what made us all what we are today,” says attendee and Nahant resident Margaret Jeddry. “It’s the taste of home.” 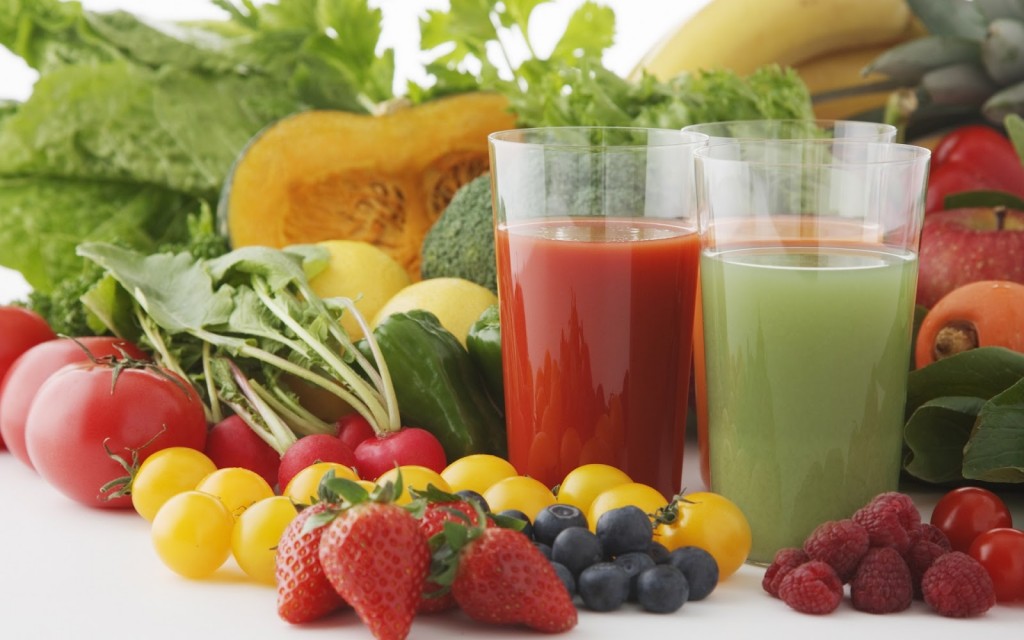 7 Detoxifying Veggies That You Must Include in Your Diet 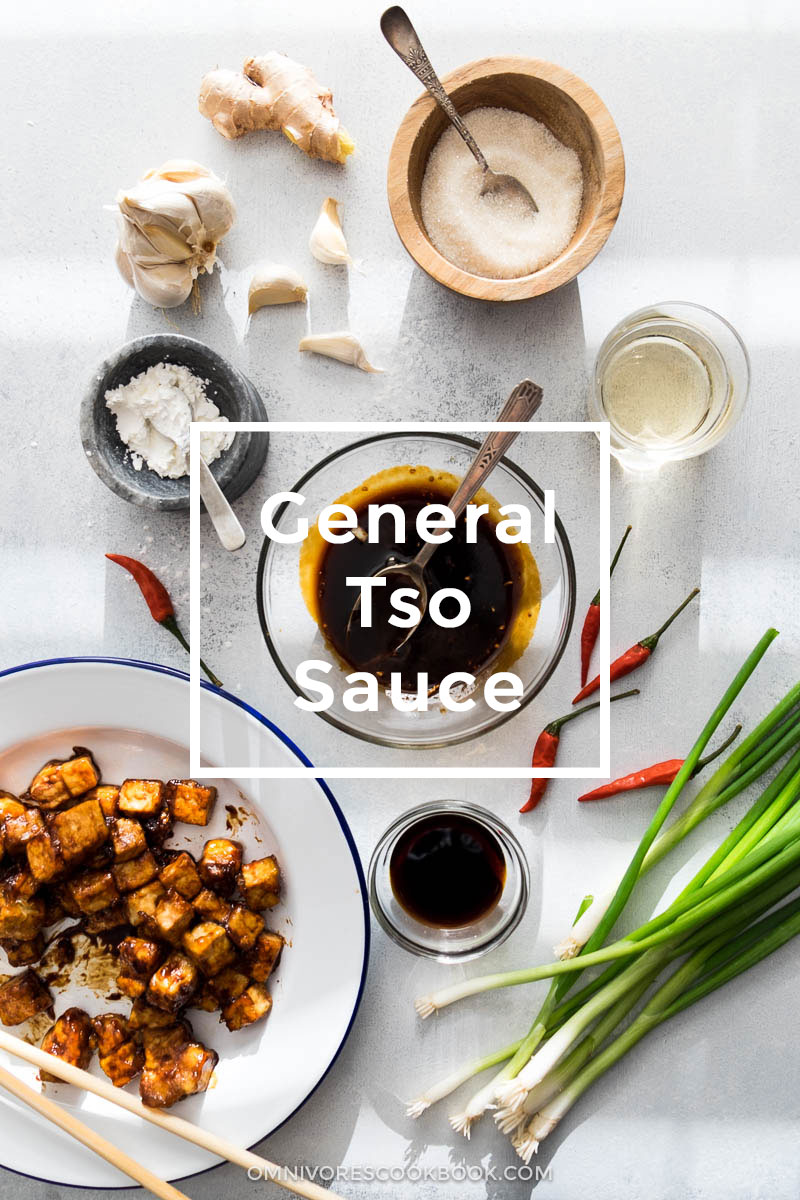