How to make skillet-baked pasta with five cheeses 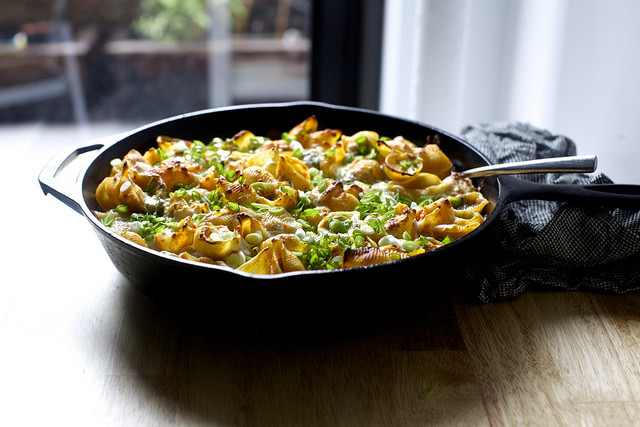 September is like gateway or fake fall, appropriate considering that the season exists officially for only one-third of it. But October — and especially so this year, ushered in with a week of gray rainy (which I just typed as grainy, also somehow fitting) weather — almost without fail sets off the following things in the following order:

* I spy the season’s first interloper.
* All of a sudden the children need to wear socks again and there are no socks anywhere. Ever.
* I spend approximately one week extoling the virtues of cardigan weather before I remember it’s here to stay until June of next year and worry that I chose poorly.
* We get all Fall Cute and plot afternoons of apple picking, hayrides, corn mazes, apple cider doughnuts, leaf peeping, posing for pictures in pumpkin patches and pretend we do it for the kids.
* I immediately crave soup, chili, roast chicken, caesar salad, grilled cheese sandwiches and hearty baked pastas. Let’s waste no time getting to that last part. 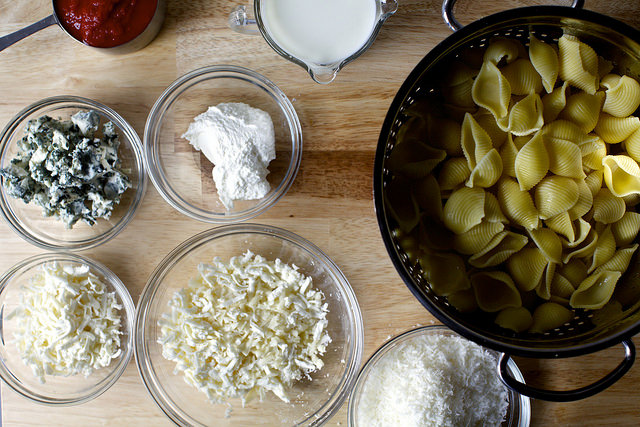 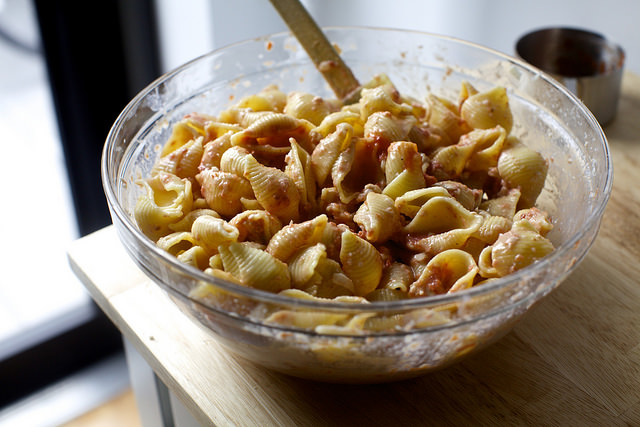 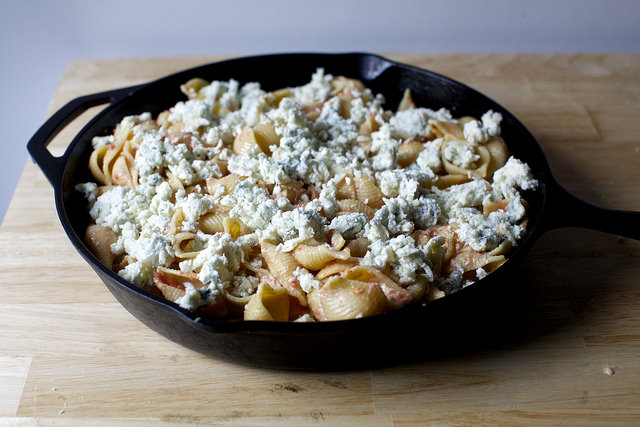 I spied these baked shells with five cheeses on Tasting Table* a few months ago from the team behind Emily (wood-fired) and Emmy Squared (Detroit-style) pizza** restaurants and I loved the story behind the dish. The Hylands went to Al Forno in Rhode Island on their first date in 2001 and ordered the famous “pasta in the pink” — a bubbling pasta gratin with a creamy tomato sauce and abundance of cheese — and fell in love. This was their attempt to reverse engineer it. When done right, it pulls off two feats, a good charred edge of sauce around the dish, everyone’s favorite part to scrape off with a fork, and enough of the sauce leftover in the dish that you want to swoop a piece of bread through it.

I haven’t had the original — although honey, if you’re reading, this is a hint — but from studying it in great detail online, I’d say that this version is less rich (it uses milk, not cream, and not two cups of it either) but it’s not a negative. I like that it doesn’t have the gut-busting richness of baked ziti, macaroni and cheese or even a vodka sauce but contains nods to each with a zippy uniqueness from a garnish of scallions.*** You’re not making a bechamel or browning meat or doing anything fancier than mixing the sauce cold in a bowl and pouring it over, which makes it ideal for weeknight meal on a chilly day. It bakes in a skillet, which maximizes the crispy lid geography, and those smallish shells nestle together and create interlocking swirl shapes as you cut through them, probably not the most important part but completely pleasing to me nonetheless. 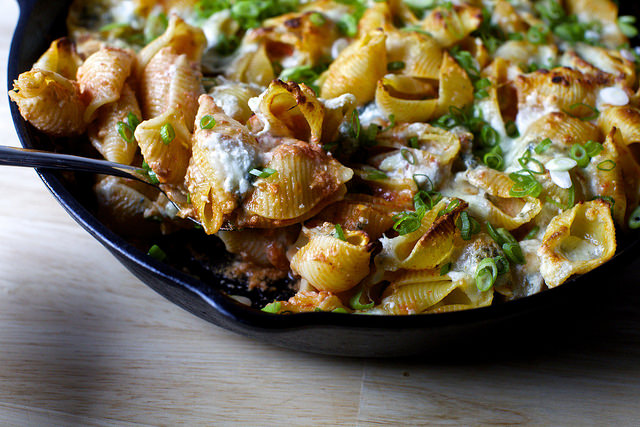 * The title of the article, by the way, is particularly amusing if you also binged on Transparent Season 3 this weekend, especially given that this recipe was published in May 2015

** We recently went to Emmy Squared and like everyone else, fell in love with the wild combinations and gloriously frico-ed edges of the square pizza, the kindness of the staff (we had 5 kids at our table, is all I’m saying) and the vinho verde on tap (hiii). The starters were as good as the pizza itself, so rare but also dangerous as this definitely ensures you’ll be too full to eat all the pizza you’ll want to or perhaps brilliant because then you get leftovers. Regardless, it makes a good argument for trying their non-pizza recipes at home.

*** One of my favorite ingredients, I almost always have scallions in the fridge. What are the things you always have in your fridge that might not be considered staples to most people? I love hearing about stuff like this.

This is adapted from Matt and Emily Hyland’s version shared on Tasting Table, which was inspired by Al Forno restaurant’s famous “Pasta In The Pink” dish.As I mentioned above, to me, this is less rich and luxe than the Rhode Island original, which seems to use more like 2 cups of cream instead of 1 cup of milk. Would you like yours to be more rich or saucy? Try splashing in a little cream to taste, or swapping all or part of the milk with heavy or light (half-and-half) cream. As written, it is saucy but not quite in the puddling way described.

Because I know many people will ask, you can of course swap and or all of the cheeses with ones you have or prefer. I think the ricotta would be lovely with mascarpone instead (I find it creamier when baked, uh, because it is), you could parmesan instead of pecorino (but I so love a salty funky aged pecorino here) and you could use another cheese for the blue, which I know is divisive. I adore blue cheese (this is our current favorite) but the first time we had this, found it very distracting and thought I might use something else in the dish next time. By the third round of leftovers, however, I was hooked and now wouldn’t want it any other way.

I didn’t use the rosemary suggested but I might add a few chopped leaves of basil next time stirred right into the pasta, which I’ve seen is part of the original recipe.

Bring a pot of well-salted water to a boil. Add the pasta and cook until very al dente, a full 2 minutes shy of whatever your package says. Try a piece of pasta — it should have a toothsome bite to it because it will continue softening in the oven after this. If it’s still crunchy, however, continue to boil the rest of the pasta for another minute.Heat your oven to 500 degrees F.

Meanwhile, in the bottom of a large bowl, combine the five cheeses. Scoop out half and set aside. Whisk milk and tomatoes in the half of cheese left in the large bowl. When pasta is drained, add it to the bowl and stir to combine. Season well with salt and pepper and stir in any herbs you plan to use.

Coat the sides and bottom of a 12-inch cast-iron or other oven-proof skillet with olive oil. Pour the pasta and sauce in. Sprinkle with remaining cheese. Bake until the top is bubbling and golden brown, 16 to 18 minutes. If it’s not brown enough for your tastes, run it under the broiler for 1 minute.

Beef stew with oranges and apricots – The Boston Globe 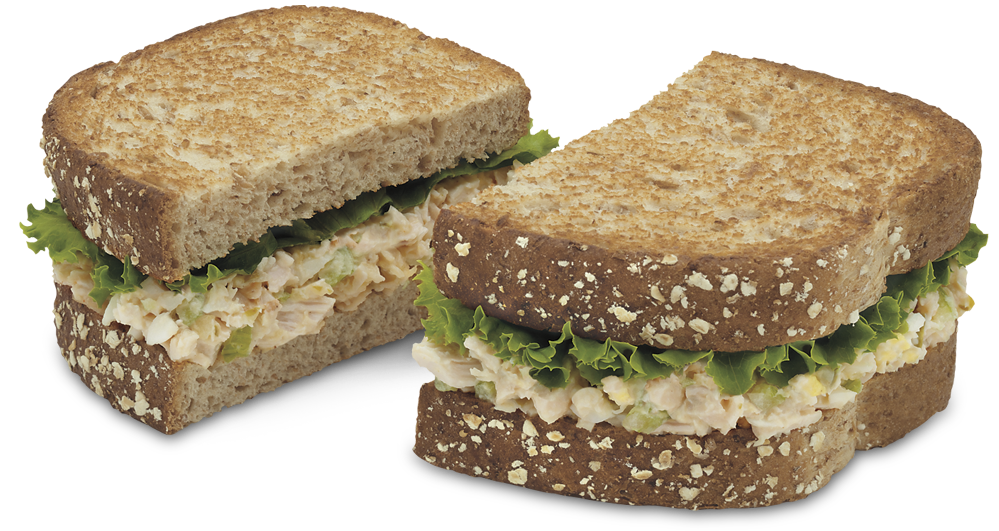 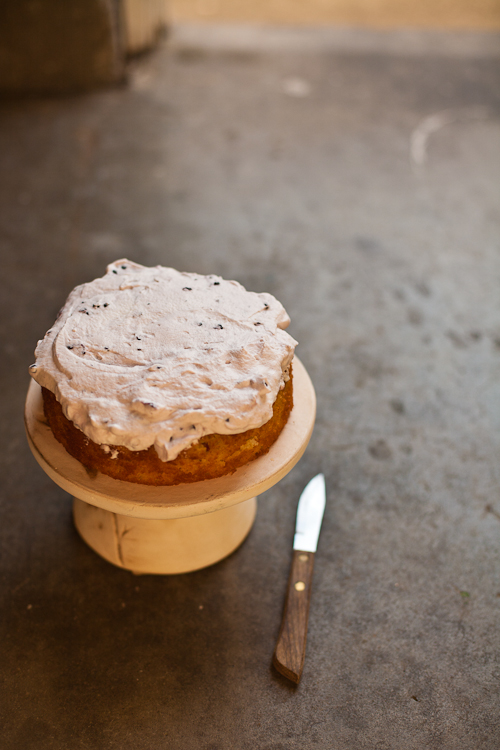 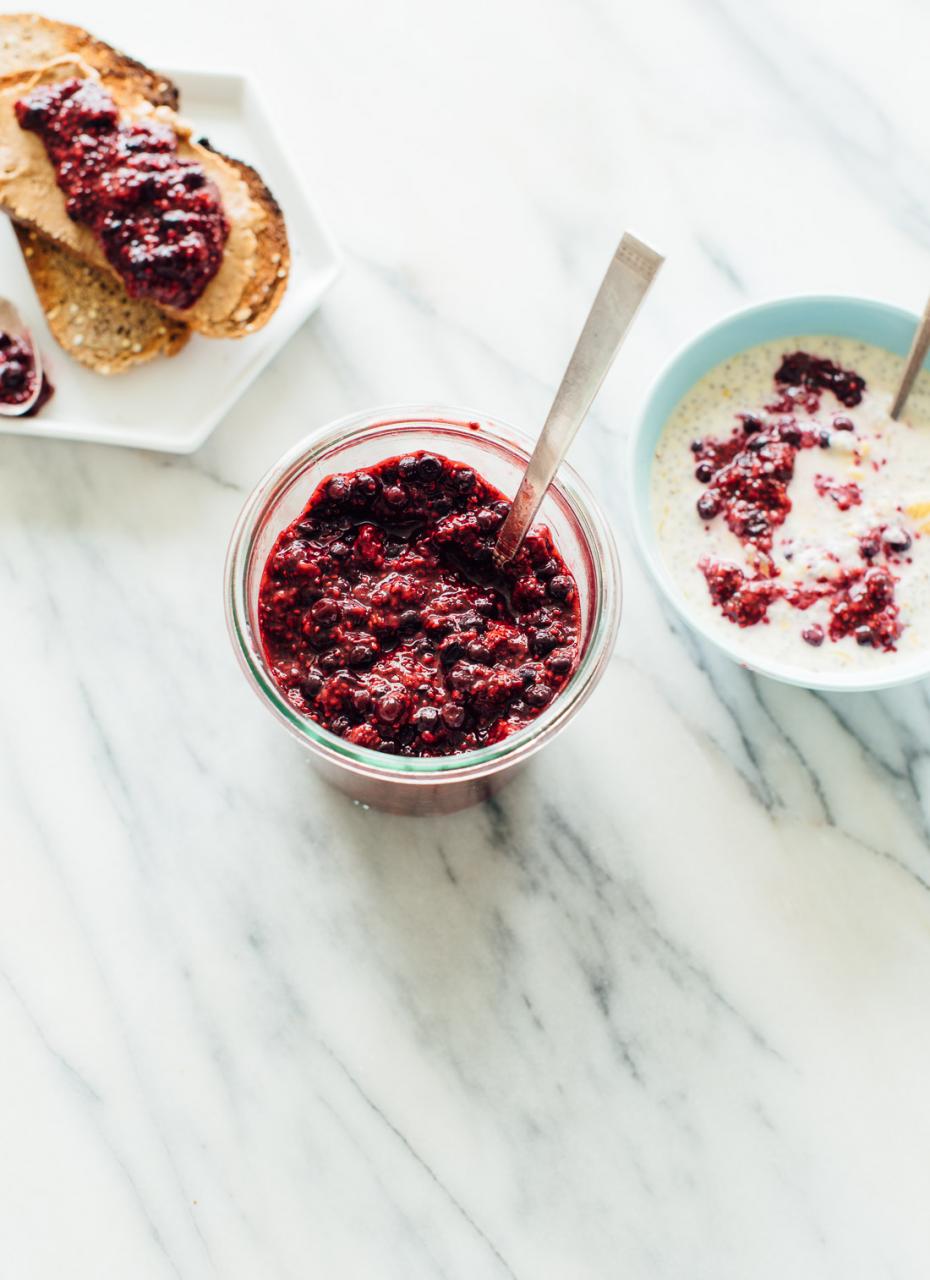 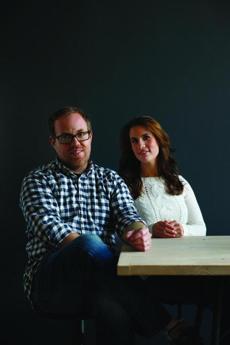 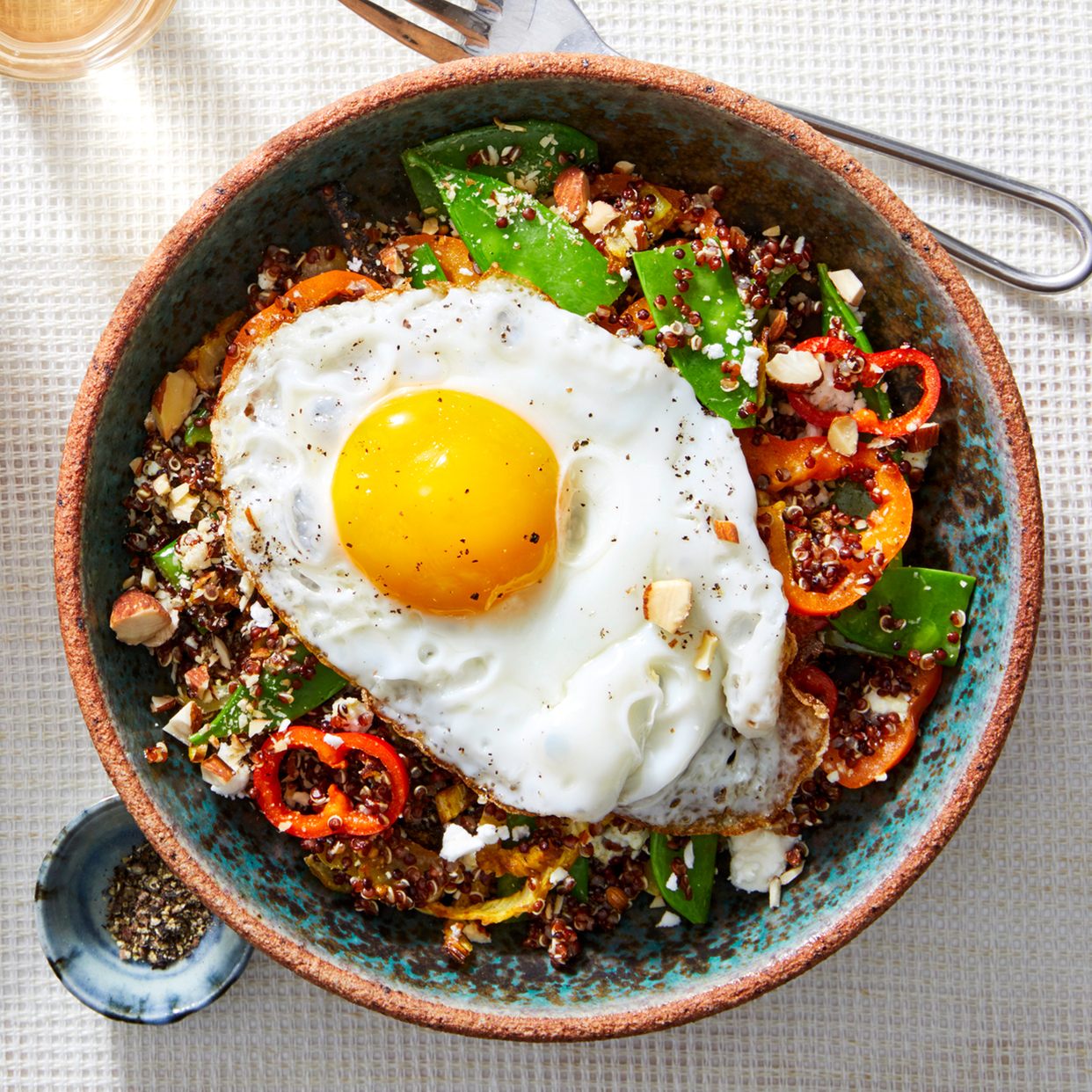