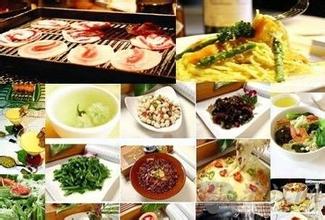 Hui Cuisine, short for “Anhui Cuisine” (sometimes referred to as Wan Cuisine), is one of the eight famous cuisine “schools” of China. Hui Cuisine consists mainly of the dishes of three geographical regions: South Anhui as well as the coastal areas of the Yangtze and Hui Rivers. The cuisine of South Anhui serves as the flagship for Hui Cuisine, seen in the international perspective. 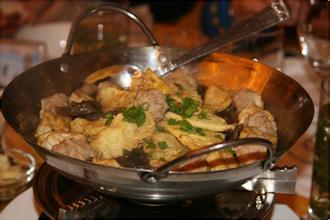 These three branches of Hui Cuisine, each with its rich, pungent tastes and its emphasis on eye-dazzling colors, have in common the following four basic features that define Hui Cuisine:

1 – It uses only local produce, and, as a result, the freshness of the dishes is unparalleled

Anhui Province abounds in mountain delicacies such as: wild animals from the lush and dense forests; fishes, crustaceans, etc., from the lakes and rivers; and both wild and domesticated fowl. A strict adherence to the use of local foodstuffs not only guarantees freshness, but also guarantees unique regional flavors that cannot be experienced elsewhere, as produce and wildlife harvested in a particular locality will always have a different taste than the same produce and wildlife harvested elsewhere, not to speak of the fact that many plants and animals abound only within certain regional boundaries. 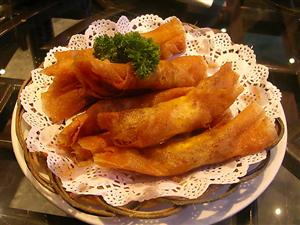 2 – It rests on precisely controlled cooking times and temperatures

The dishes of Hui Cuisine are prepared in accordance with tradition-bound principles as regards the use of high, medium or low heat, depending on the characteristics of the foodstuffs in question and on the flavor objectives, as it were. That is, the food traditions that make up Hui Cuisine may call for a given foodstuff to be prepared at a much higher or much lower temperature than is typical for the preparation of the same foodstuff elsewhere.

3 – It excels in the arts of sautéing, braising, smoking, steaming, stewing and flambéing, as well as deep-frying and stir-frying

The chef traditions behind Hui Cuisine rest on a mastery of all of the traditional Chinese cooking techniques. The result is that a Hui Cuisine chef can prepare the same ingredients in a variety of ways, each yielding a unique taste nuance, albeit, a taste nuance that is readily recognizable as belonging to the world-famous “Hui Cuisine” tradition. Hui Cuisine dishes stewed in brown sauce are typically heavier on the use of oil than one encounters in comparable dishes in certain other regional Chinese cuisines. Ham is also often added to enhance the taste.

Most of the truly distinctive foodstuffs that characterize Hui Cuisine – such as Pangolin (a scaly anteater, Manis pentadactyla), Stone Frog (Rana boulengeri), a large frog that lives near water and hides by day in the recesses of boulders from whence it emerges at night to forage (it has short but thick front legs, large hind legs and tastes distinctly like chicken, making it comparable to the highly edible and highly-prized American Bullfrog (Lithobates catesbeianus)), mushrooms, bayberry leaves, tea leaves, bamboo shoots and dates – stem from the area’s mountainous terrain. For example, Mount Huang/ Yellow Mountain is abundant in such foodstuffs. 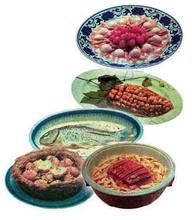 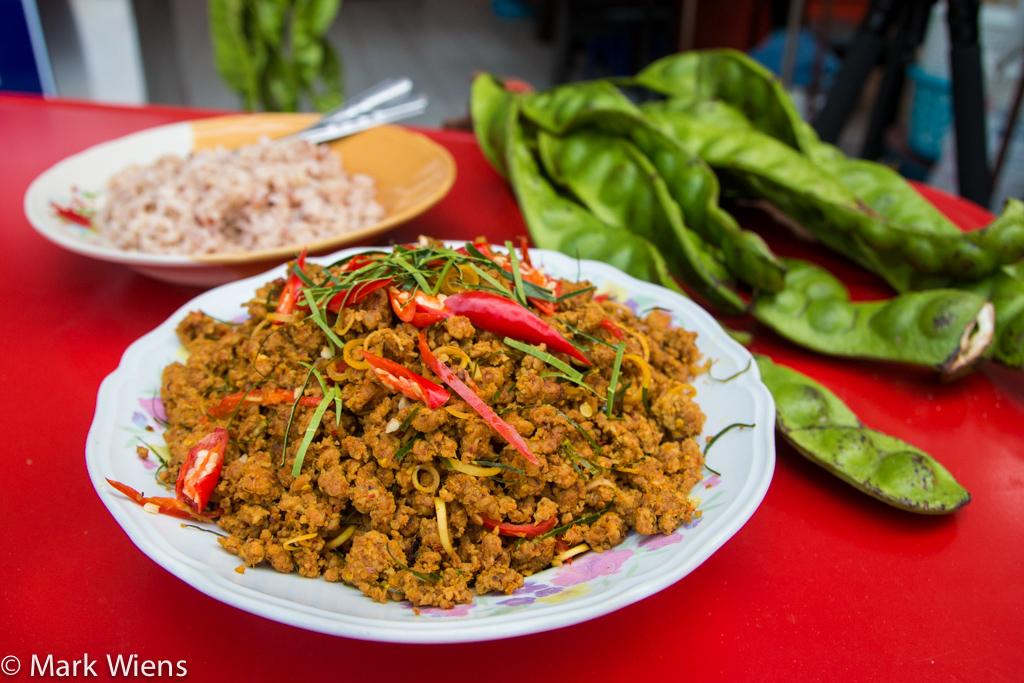